What keeps me up at night? 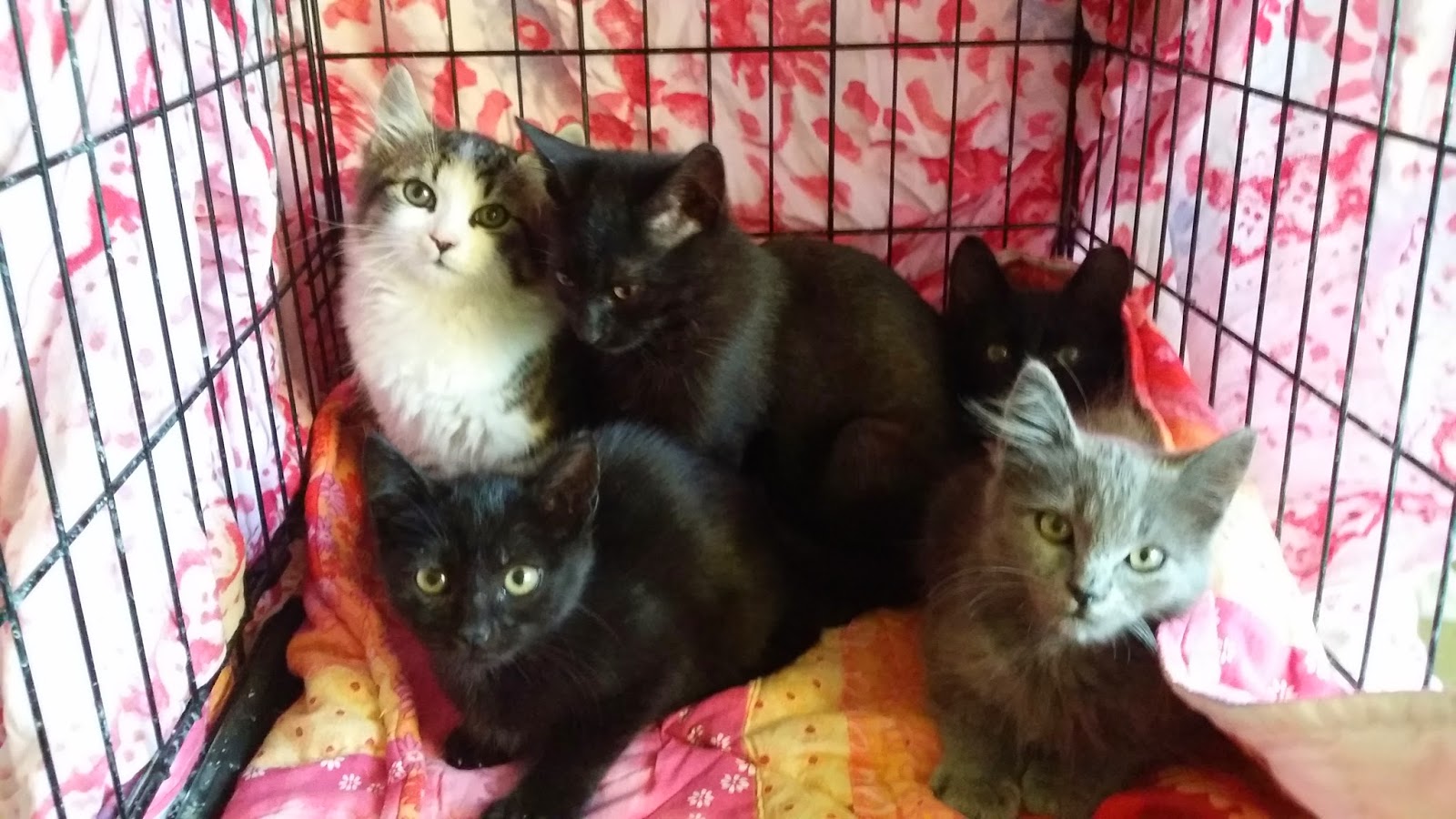 Kittens living on the streets still needing to be trapped. Have trapped 12 kittens this past week. All time record. And it does take a village. I couldn't do it without the help of other friends and volunteers to help with the trapping as well as shuttling to and from Nine Lives Foundation in Redwood City, CA for spay/neuter and vaccinations.

I know of at least 5 more kittens that need to be trapped at my South San Francisco colony. And we had thought we were almost about done at this location doing TNR. I knew we had trapped mom cats who'd recently had kittens but weren't sure if kittens would have survived after several hours aways from mother cats. They did. And are now old enough to be coming out and being about. In a few months if we don't trap them all, they'll be old enough to have their own kittens.

It's really important doing TNR to not let yourself get burnt out or lose perspective of the big picture. You just need to trap one cat at a time. Do it while you can and when you can. Most of my volunteers and myself have full time jobs or full time jobs as moms. We rescue as many as we can each week and try not to become crazy cat ladies/men.

This work is incredibly rewarding and if we don't do it at these colonies, there is no one else. These little fur balls need us. We've TNRed 31 cats/kittens year to date! Pretty good for a small foundation and group of volunteers. As my friend and fell volunteer says, we're small but mighty!
Posted by Trudi's Lunch Munch at 8:43 PM No comments:

I finally trapped her. Four of her kittens from previous litters were taken in by the Nine Lives Foundation in Redwood City, CA. for permanent homes. I've been really concerned about not being able to trap her to be spayed and vaccinated before her next litter of kittens. She's not very old and this is a viscous cycle for her to be on. 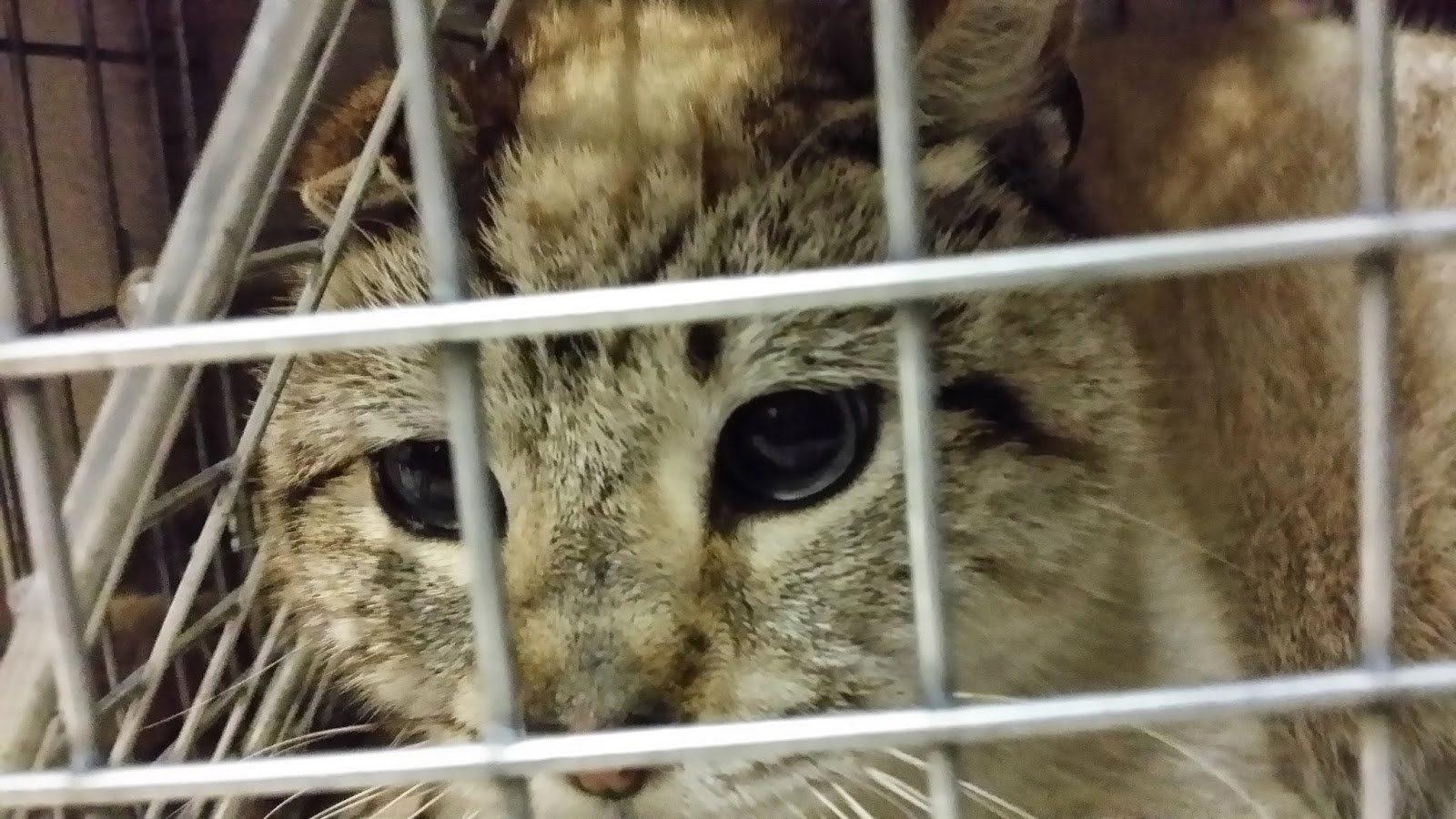 Woo-hoo! She was spayed and vaccinated yesterday at Nine Lives and is ready to return to her colony today.

It can be frustrating trapping because it can take months to trap some cats. But the end result is worth it! Fewer homeless kittens and healthier adult cats. Fighting decreases and overall health improves.
Posted by Trudi's Lunch Munch at 5:43 AM No comments: 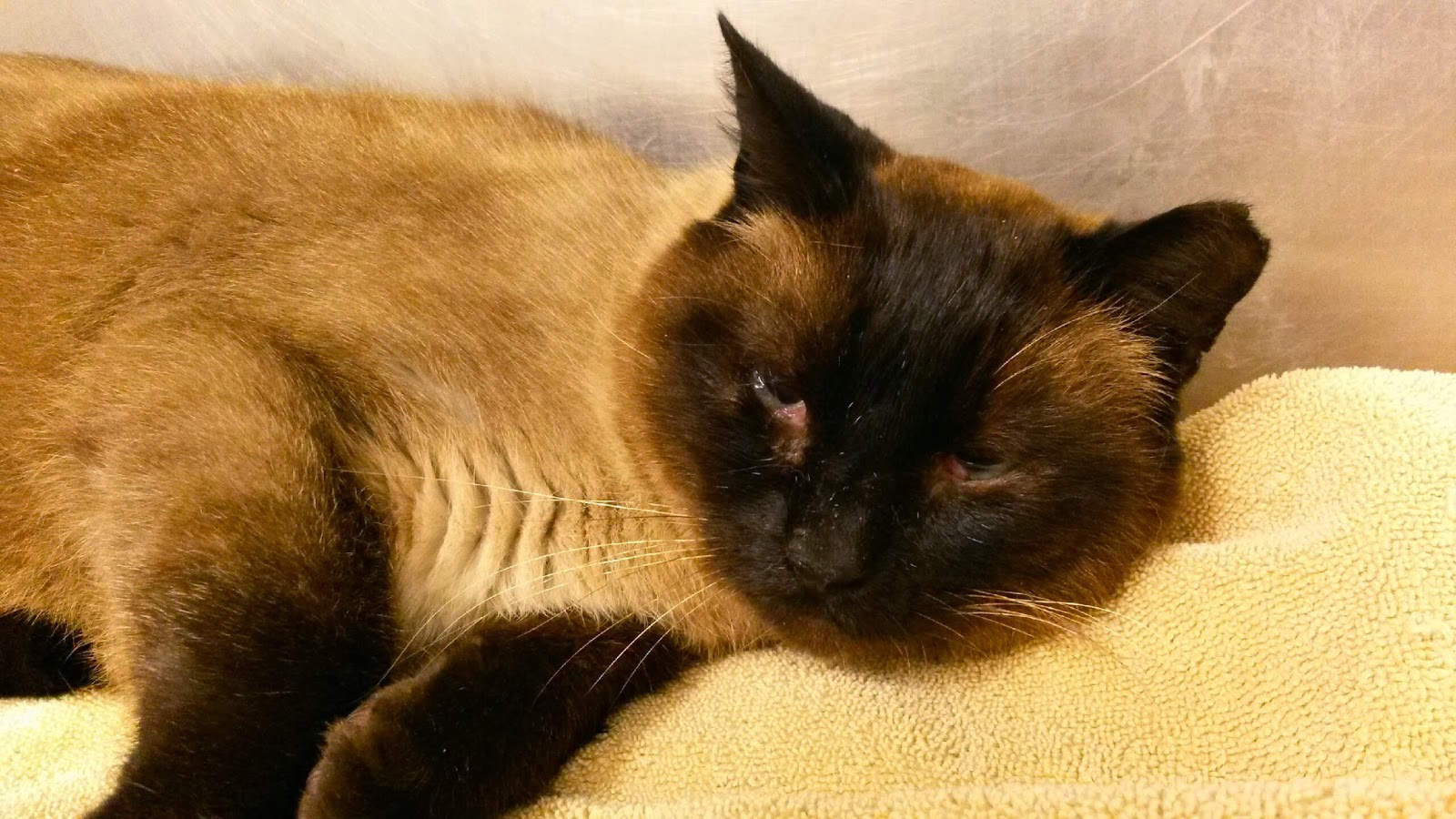 ...And into a palatial home in the south bay. Otter was dumped in Foster City almost 7 years ago and has been 'camping' outside ever since and living with a colony of homeless cats.

It took me almost 4 years to trap him and when I finally did, we found he was already neutered. Don't know what happened to his humans and he was very skittish until about a year ago.

Thanks to the time and love from volunteers and their daily attention, Otter has gotten to the point where he wants to be petted and can be held and picked up. Last Friday, with the help of a volunteer who picked him up and put him into a carrier, I whisked him off to the vet. He's had persistent eye trouble plus was limping.

Dr. Rutiger at Nine Lives Foundation worked her magic not only identifying his eye condition and performing surgery, but has also found a home for Otter. Well, it's a foster home with the option to keep him. Otter is such a total love muffin, it's impossible to think he won't win his new humans over in short time. He won my heart in the weekend he spent with me!

This is just another storey where a homeless cat in a managed colony has found a permanent home. Initially, too freaked out to be adopted, but thanks to the love and consistency of volunteers feeding and being with these fur balls has built and won their trust in other humans.
Posted by Trudi's Lunch Munch at 7:49 PM No comments: 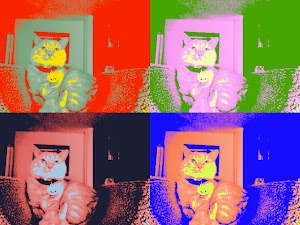